The Passing Of Art 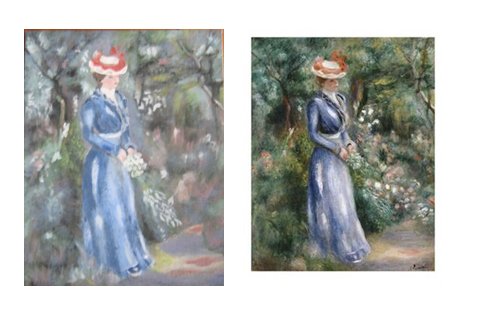 Centuries ago, being an artist was to be part of a trade craft. You learned your skills from those before you. The techniques were passed from generation to generation as in all the trades. Those eager and willing to accept the challenge of learning the craft were taken on to test their merits and learn the trade. Often replicating the work of the master’s as a practise assignment.

And so it went. A progression of knowledge passed from instructor to pupil; A progression in rank eventually achieved from Pupil to Instructor.  Eventually the greatest if them all became the Masters.

This dance of knowledge was the way one learned a craft trade such as painting or sculpting. It is how many in my own family began their art careers. It is how I began my own career.

I learned from my Grandmother and her siblings and many artist friends, as a child. How to draw,  how to use circles to place a form, how to mix paint colors, and the early teachings of how to paint & sculpt. We were taught how to enter shows. How to understand the joy of being accepted into one was the true honor.  Goodness, I even learned scrunched up bread makes a great gummy eraser. A tip passed down…yes for centuries.  While some of us branched out to seek more academic art schooling, that is how and where it started. With eager young pupils exposed to the “trade craft”.

This past week my family lost one of it’s patriarchs. A Painter. Whose learning began the same as my own. He was a generation ahead of me, and he did as other’s before him. Passed the craft to anyone who wanted to learn. His children, Grandchildren, friends. He encouraged all of our artistic endeavors. Cheered us when we did well. Kept us going when we faltered. Many of his own students now on their way to being Masters, as they study, and exhibit and collect awards to prove their knowledge.

That is the very nature of  the trade craft Master. To pass on the knowledge he has learned over time, so that it will live and grow beyond himself.

The Passing of Art